It might seem like a cliche choice, but the Hard Rock Cafe still serves up some decent food with a big slice of Americana and musical nostalgia. If you’re a rock music fan it’s at least worth one spin if you’ve never been to one before, and Las Vegas makes it easy to visit with two locations – one right on the Strip, and another at their casino location on Paradise Boulevard just a little bit east of the Strip.

The Strip location is one of the newer and more modern Hard Rock Cafes. Located right next to the MGM Grand Hotel, it’s a three-floor venue with concerts held on the second floor and seating for up to 1000. It has many high-tech interactive features, such as the interactive Rock Wall that imparts musical history and Microsoft Surface tablets built into the tables. Notable memorabilia at this location includes a silk shirt worn by Jimi Hendrix in several concerts, a gold microphone that Frank Sinatra used in performances, Brian May’s handmade guitar, a Liberace jacket and one of Sammy Davis Jr.’s tuxedos.

The cafe at the hotel on Paradise was the original Hard Rock Cafe in Las Vegas, built back in 1990. This version of the cafe has its own unique collection of memorabilia – a floor-length cape worn during cold concerts by Jimi Hendrix, KISS’s iconic costumes from the Psycho Circus tour, Roy Orbison’s guitar, one of Elvis’ spangled suits, a tuxedo belonging to Frank Sinatra and a collection of letters and personal correspondence written by George Harrison. The two cafes share a similar menu, offering up a wide array of American fare to go with their (mostly) American rock. Steaks, salads, burgers and barbecue are what to expect. The Twisted Mac and Cheese is worth a visit all by itself as well as the huge plate of Hard Rock Nachos. There’s also a range of desserts including pies, shakes and sundaes. Their most unique dessert offering is the mojito-flavored Greek yogurt served with fresh fruit in a martini glass (a version with raspberry rum is available to those of legal drinking age.) Prices are a bit high, but it’s a nice family alternative for those looking to get away from casino restaurants while staying on the Strip. 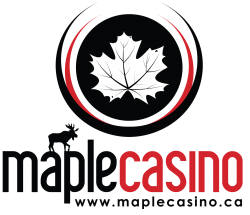